“Are we there yet?..No”- Anne Kastelic (Caregiver, Ohio) 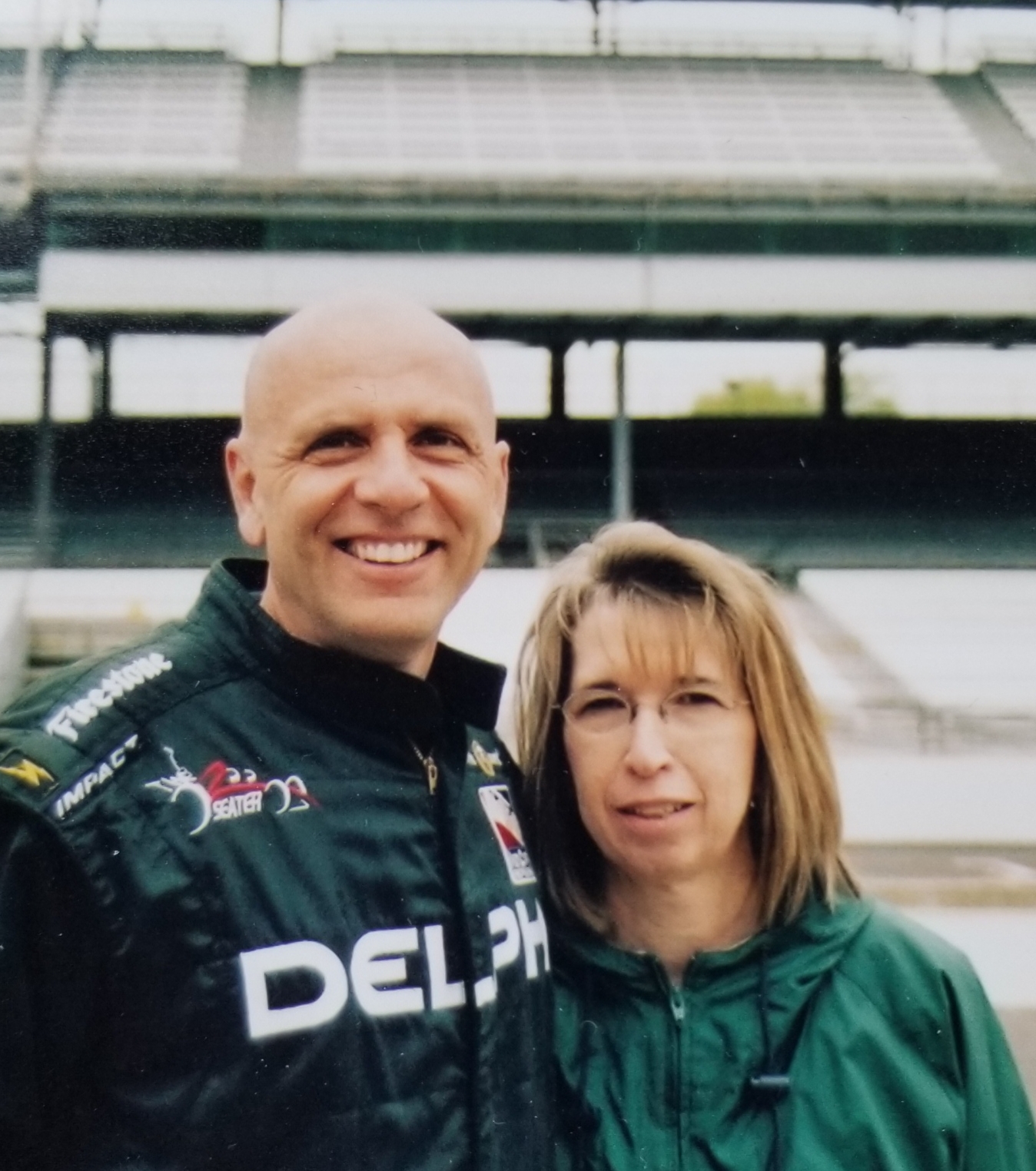 The road to diagnosis…

When are we going to get there?

Said anyone who has taken a road trip.  Our trip took 3 1/2 years to get a doctor to agree to a diagnosis of “possible/probable MSA” and we were seeing neurologists at the “World-Renowned Cleveland Clinic Foundation.”  We live in the Cleveland area which is surrounded by Cleveland Clinic facilities.  It has a great reputation for high level medical care.  Why would we choose to go anywhere else?  This is where my husband made his first appointment to see a neurologist at the main campus neurology department.  He did not start with his primary care physician or a family practitioner because he had a family history of Parkinson’s disease in his mother and grandmother.  He wanted the best and the best is Cleveland Clinic.

Initially (Jan 2010) the first neurologist was unimpressed with my husband’s concern of a tremor (he could feel but not see) in his left foot after working out.  He ordered some basic tests and said “See me in 3 months.”  Three months went by, the tremor continued and he went for a follow-up appointment.  All of the original testing was negative.  More tests were done, this time more unusual disease testing resulted in mostly negative results but he did test positive for two hereditary markers for “Charcot Marie Tooth” disease or CMT.  This is a hereditary motor and sensory neuropathy which results in damage to the nerves in your arms and legs.  It was at least something to explain what might be the cause.

About this time (Dec 2010) we changed neurologists over a disagreement in the bedside manner of the first neurologist.  The next neurologist was not convinced he had CMT.  His symptoms were progressing but not in a way she expected for CMT.  More tests were ordered – was it MS (Multiple Sclerosis), was it MG (Myasthenia Gravis), was it ALS (Lou Gehrig Disease – Amyotrophic Lateral Sclerosis) or what could it be?  He was a fire fighter – could he have been exposed to a chemical while fighting in a fire?  All tests were negative still.

After each appointment he would come home and tell me – no real update or changes.  I am a nurse who has spent many hours with physicians discussing cases.  I was no longer happy with “no updates” so I started attending his neurology appointments.  He was an adult who managed his own appointments but at this point he was not getting any real answers yet his symptoms were moving forward and not in a good way.  His legs were becoming stiff, he had significant leg pain, his tremor was now visible, he complained of tingling and spasms of his legs, and he had begun stumbling when walking.  One weekend (Feb 2011) he could no longer walk because of the pain, his neurologist agreed to admit him to get his “pain under control.”  He refused all narcotic treatment because he did not want to be sleepy so non-narcotic medications were used.

Two months (April 2011) later his voice became hoarse, he was often nauseated, dizzy, light-headed, he was becoming anxious because of the progression, he began to complain of low back pain, he was diagnosed with sleep apnea and began using a CPAP machine for sleep and finally he developed what he considered most upsetting – urinary incontinence.  The following month (May 2011) the CPAP was advanced to a BiPAP machine.  Then (June 2011) he started having difficulty swallowing.  By August 2011 his urologist had diagnosed urinary retention and had him doing “self-catherization” each day to help with the urinary incontinence.  In September 2011 his gastroenterologist had begun treating him for constipation.  Note at the Cleveland Clinic everyone is a specialist who handles a different body system, as his symptoms appeared his neurologist would refer him to the specialty required to investigate a cause.

As a fire fighter, you are given an annual pocket calendar to keep track of your shift (A, B, or C).  In 2011, I began using Joe’s pocket calendar to track his symptoms each day, manage his many medication changes, and by November, his falling which had begun to occur monthly, some weeks multiple times. As a nurse, documenting is often part of our job to help the doctor determine a plan to discover the path for treatment.  As a spouse (and future caregiver) it was the one thing I could easily add to what was becoming a healthcare advocacy role.  At his neurology appointments, we would review the calendar tracking record of his progression although the neurologist still had not come to a real diagnosis. By now, I had begun saying to Joe, the nurse, the neurologist “But this is the world-renowned Cleveland Clinic – how can we still not have a diagnosis almost 2 years into this process.”  She decided that the “falling” needed further evaluation and referred us to a “mobility neurologist” within the Clinic.  Within minutes of that first visit he said it is a “Parkinsonian disease but I’m not sure which one.”

In early 2012, I began to notice Joe’s short-term memory wasn’t where it had been.  He frequently complained “it was a bad day” when I arrived home from work.  His falling was getting more frequent.  He refused to use a cane, or walker.  He had developed a habit of walking rapidly toward an object & crashing into it to stop.  He was beginning to lean to the left when standing or walking.  In July 2012, he had his first “fainting” event where I was able to document a drop-in blood pressure.  By September 2012 he was having frequent drops in blood pressure especially at lunchtime.  I began to notice his speech would become slurred while eating lunch, and then he would have a low blood pressure event.  His neurologist added more medications to elevate his blood pressure.  And I did what everyone does – I Goggled “Parkinson’s and hypotension.”  The second result said “MSA.”  I now had a diagnosis to research.  The more I read, the more convinced I was that this made the most sense.  He had many of the symptoms.  I questioned his mobility neurologist with my suspicion in October of 2012.  He declined to agree.

Joe had attended a Parkinson’s support group periodically that is sponsored by the Cleveland Clinic.  I decided to attend with him on the night the neurology department head was speaking.  He was advocating seeing a neurologist who specializes in the disease you have so you receive the best care.  After the talk I went up to him and asked “Who sees the most MSA patients at the Clinic?”  He looked at me, then my husband who was standing behind me and said “It’s so rare, we all share in the care of MSA patients.”

The next mobility neurology appointment (Feb 2013) ended up to be with this same neurologist, as our regular doctor was out of the country.  He remembered us.  After the exam, he said “I don’t think it is a Parkinsonian disease but let’s do a DATScan to check.”  The DATScan was “positive at Grade 2” – it was a Parkinsonian disease, the only question still remaining was which one.

The Summer of 2013 led to heat intolerance and the inability to sweat.  His posture was becoming more bent forward with tilting left.  He is falling every day now.  His BiPAP had been advanced again to Adaptive Servo Ventilation (ASV) because his sleep apnea is worsening.  His low blood pressure events became often despite the medications.  His urinary incontinence and constipation were managed but continued to be an upsetting inconvenience.  In August 2013, his mobility neurologist finally acknowledged his diagnosis had been changed to “MSA – P (Multiple System Atrophy – Parkinsonian).”  It had taken 3 1/2 years of progressing symptoms to get an actual diagnosis which is the average for an MSA diagnosis from my research findings.  It is a relief to get a diagnosis BUT it was not a celebration.  I have researched MSA extensively already and have a clear reality of the future.  Joe didn’t want to know anything about the disease.  He lived on “the river de‘Nile in Egypt” when it came  to MSA.  I, on the other hand, realized my days as a caregiver were going to get harder.  I continued to be his healthcare advocate.  I began to understand my caregiver role would be centered on anticipation of the next level of progression and what equipment/resources we would need to consider.

“On the Importance of showing up & trying” – By Kimberly Bohannon

Kimberly S. Bohannon was a caregiver to her husband Steve, who passed from MSA at the age of 49. She regularly writes...

USE ZOOM? DOWNLOAD A BACKGROUND WHICH HONORS ALL THOSE BATTLING MSA FOR MSA AWARENESS MONTH! #defeatmsa #kickmsa...